It has been exactly one week since the Senate voted to start debate on Obamacare. There were three Obamacare repeal proposals that followed in the wake of the original vote. Each one failed, but in a different way. News outlets such as the NYTimes did a great job reporting how each Senator voted for all the proposals. I then used that data to geographically illustrate Senators’ votes for each Obamacare-related vote. See below for a timeline of this past week’s events and accompanying R-generated visuals.

The senate votes to begin debate. 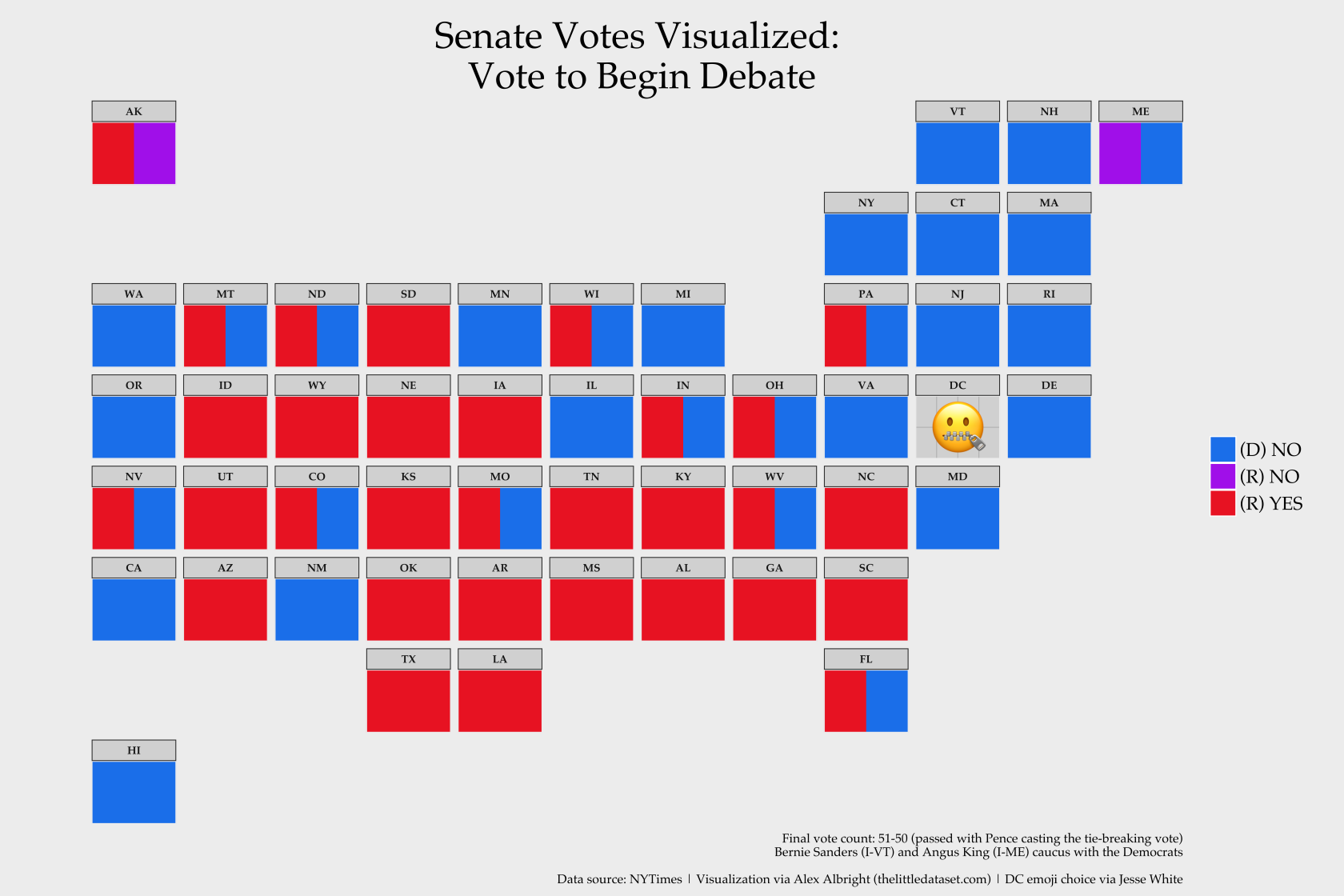 This passes 51-50 with Pence casting the tie-breaking vote. The visual shows the number of (R) and (D) Senators in each state as well as how those Senators voted. We can easily identify Collins and Murkowski, the two Republicans who voted NO, by the purple halves of their states (Maine and Alaska, respectively). While Democrats vote as a bloc in this case and in the impending three proposal votes, it is the Republicans who switch between NO and YES over the course of the week of Obamacare votes. Look for the switches between red and purple.

The Senate votes on the Better Care Reconciliation Act. 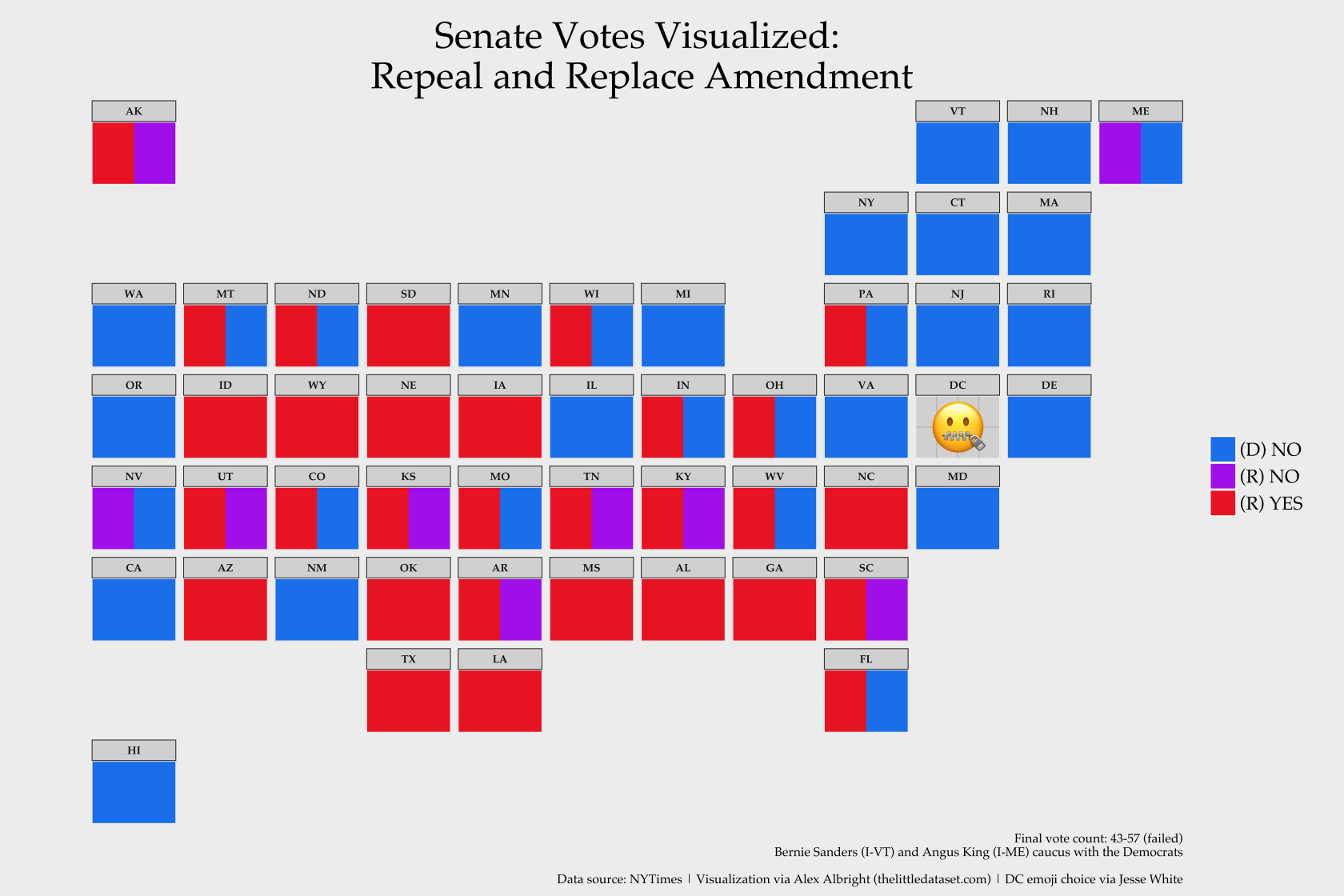 It fails 43-57 at the mercy of Democrats, Collins, Murkowski, and a more conservative bloc of Republicans.

The Senate votes on the Obamacare Repeal and Reconciliation Act. 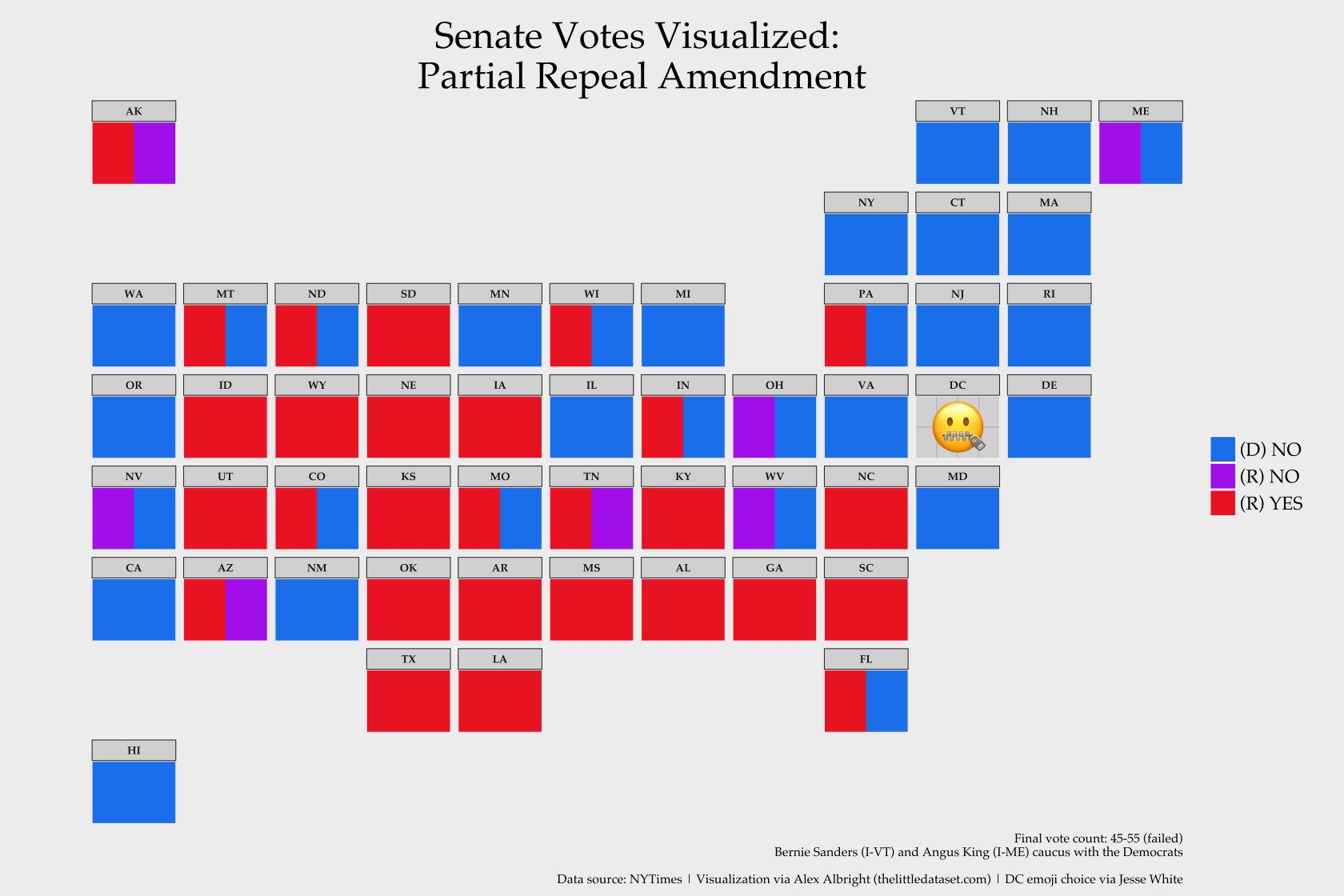 It fails 45-55 at the mercy of Democrats, Collins, Murkowski, and a more moderate bloc of Republicans.

The Senate votes on the Health Care Freedom Act. 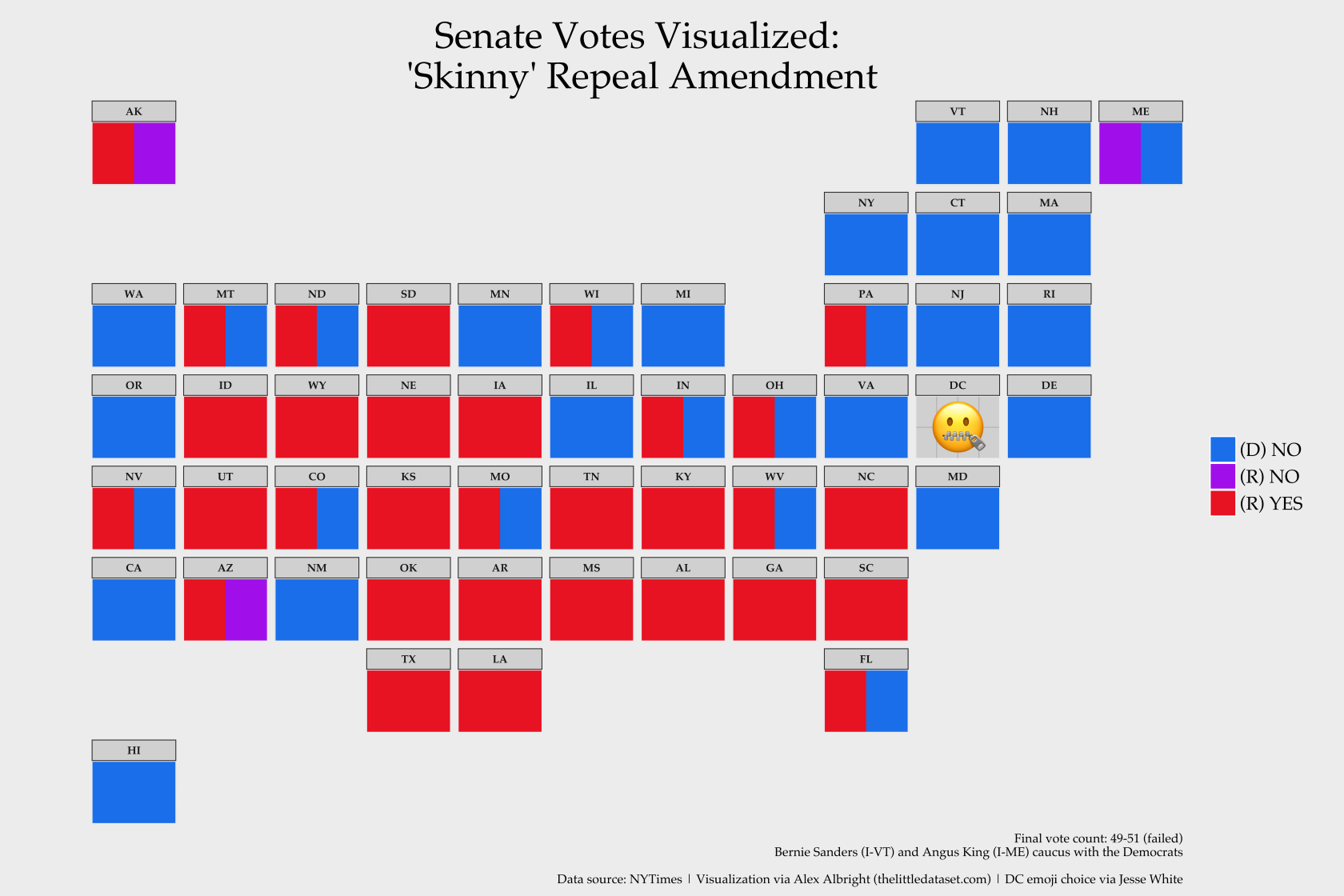 It fails 49-51 thanks to Democrats, Collins, Murkowski, and McCain. To hear the gasp behind the slice of purple in AZ, watch the video below.

This was a great exercise in using a few R packages for the first time. Namely, geofacet and magick. The former is used for creating visuals for different geographical regions, and is how the visualization is structured to look like the U.S. The latter allows you to add images onto plots, and is how there’s a little zipper face emoji over DC (as DC has no Senators).

In terms of replication, my R notebook for generating included visuals is here. The github repo is here.